The first one is Mattel Ever After High Darling Charming. She came nude, and is now wearing Mattel's Darling Charming shoes, and a Shibajuku Girls sailor suit. Her hair has been washed and conditioned. I still have to get all of the glitter off of her face, wherever that came from. 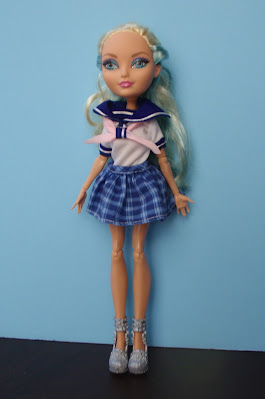 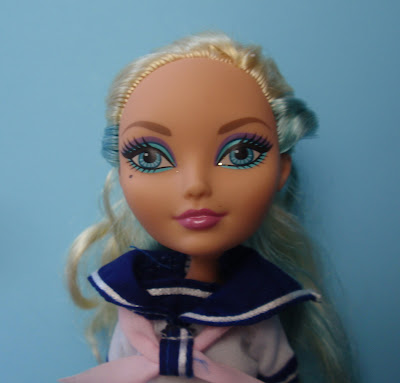 Darling came with a Monster High Operetta doll that I didn't really want, but I think the seller wanted to get Operetta off of her hands. I was ready to just pay for Darling when the seller told me Operetta was included as part of the price. I'll find something to do with her.

Next is a mint mini American Girl Josefina in her meet outfit. She didn't come with her box, or the mini book, but she was a good price. Now I can keep mini Josefina in her Christmas outfit intact, with her veil still sewed to her hair. 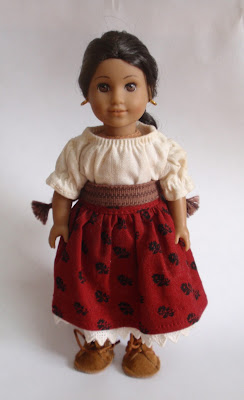 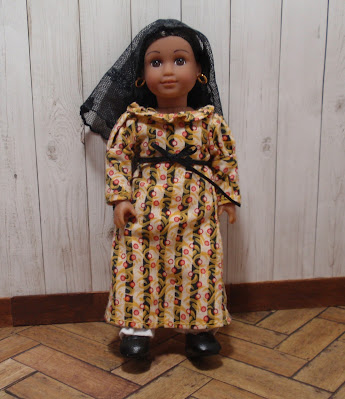 Lastly, here is a doll that I bought at what I called the "Tonner table." This woman had mostly Tonner items for sale. There were some Patsy dolls and at least one Amelia Thimble. I came home with a doll  that I have been interested in for a very long time, Jane. Jane was a Tonner Club doll, so you couldn't just buy her on the open market. She's 14" tall, and has the Betsy McCall body. There are a couple of other child Jane dolls made, with bending knees, but none of them were easy to get. I wasn't sure I was going to keep her, because she doesn't really fit in with any of the dolls I own. I was thinking she might work with my 10" Ann Estelle dolls, and Rachael reminded me that Betsy McCall had a 10" younger sister, who I now think probably had the Ann Estelle body first. Here's Jane with her younger "sister," Sophie. What do you think? 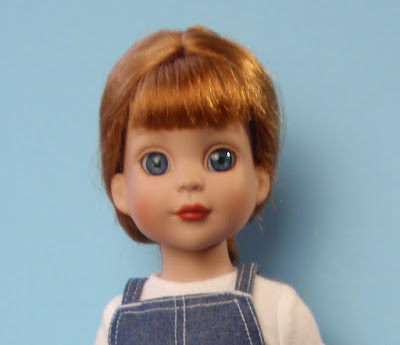 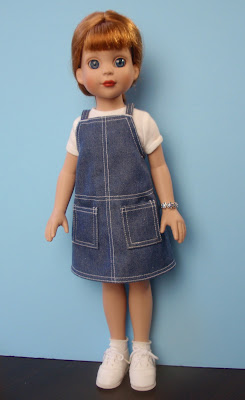 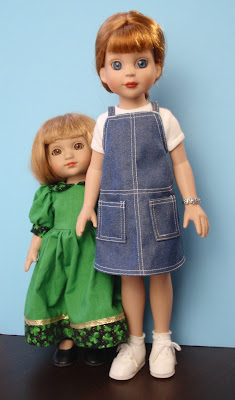 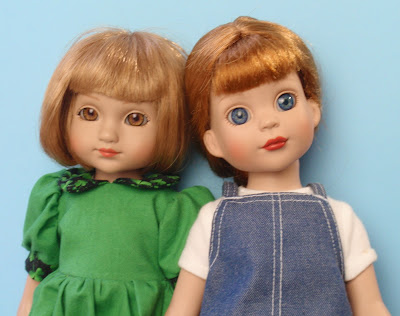 Rachael doesn't think Jane's jumper/pinafore makes her look her best, and I tend to agree. Fortunately, I have a couple of Betsy McCall patterns that I bought during a 99 cent sale or something. Jane also came with a Tonner Club pin, and I love the bracelet that Jane came with. It looks like jewelry a girl would cherish.

Tonner also made an adult Jane, but she uses the Tyler 16" body, so she's not in scale with child Jane at all. He also did the same thing at the last Tonner Convention, where he introduced a 10" Ann Estelle, and a 16" grown-up Ann.

Posted by Barb the Evil Genius at 5:25 PM