This won't be much of a review, since this is an older doll. But I wanted everyone to see pictures of this pretty doll I picked up a couple of months ago. I was fortunate enough to find her locally, so that I didn't have to pay shipping costs to get her.

Since she was made to celebrate Barbie's 40th anniversary, she's wearing a takeoff of Barbie's iconic black and white striped swimsuit. She has the Mackie face mold, and she came with two accessories, an anniversary bouquet of roses, and a miniature original Barbie doll. The miniature doll was actually my biggest reason for wanting to buy 40th Anniversary. The mini doll was supposed to be on the pink box next to Barbie, but one of the rubber bands had deteriorated, and the doll slipped down to the bottom of the box. A couple of rubber bands in here had fallen apart; this doll herself turned 20 years old this year! 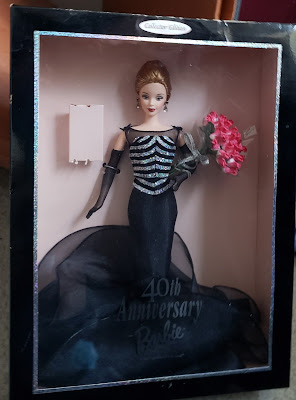 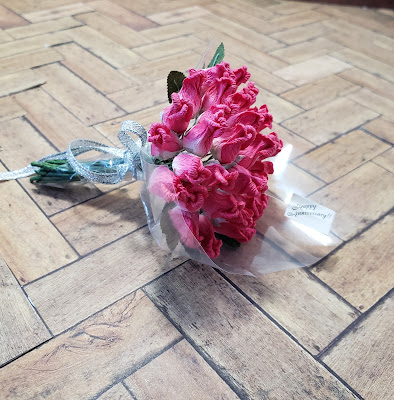 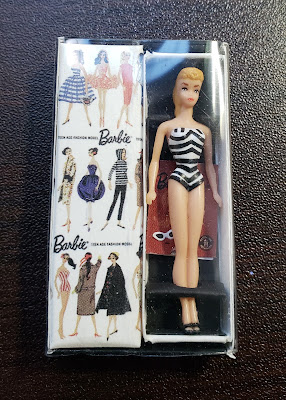 She's got quite big ruffles at the bottom of her mermaid gown. I think the one ruffle is standing up so much because it was put in the box that way. Her shoes look nice, but the heels have bent in, as happens with a lot of Barbie shoes. Her skirt is unfinished on the inside, but I imagine Mattel was looking at this doll as strictly display.  She does come with a stand, but that skirt is so tight, I don't know if I could get her on it. And her gloves are pretty nicely cut. 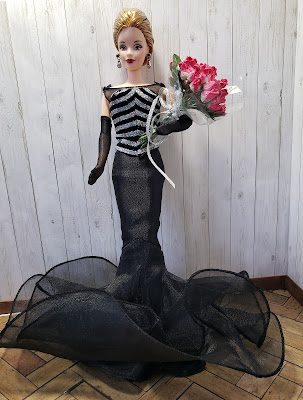 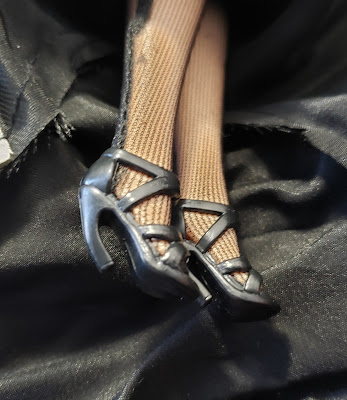 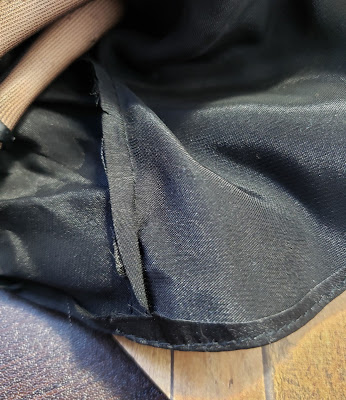 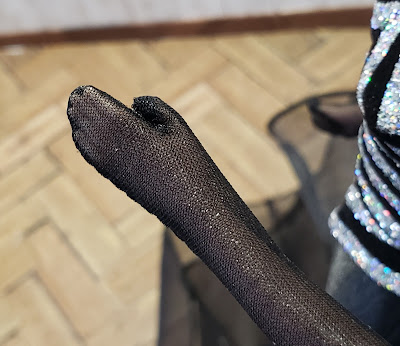 I personally love the Mackie face mold, and this doll's makeup is fairly nice too, I think. I like her French twist up-do, although there's a little bit of a "space" in the back. 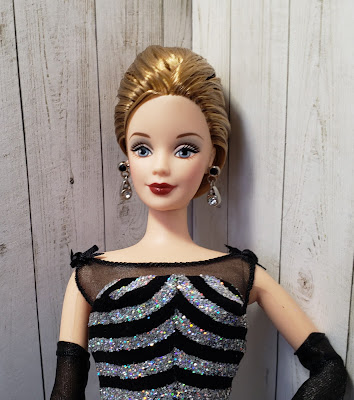 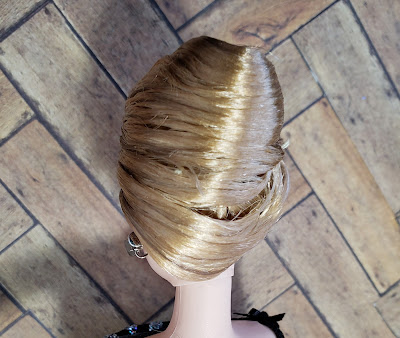 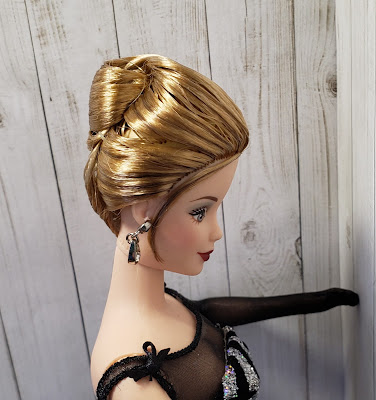 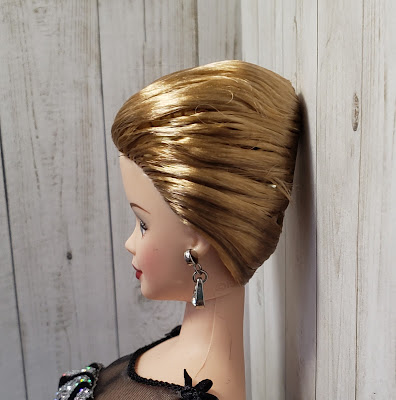 And I had to take a picture of a Barbie doll holding the mini Barbie, to give you an idea of scale (especially since the mini doll wasn't visible in the big box!) 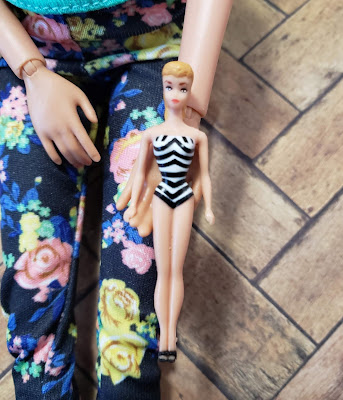 This is a nice doll to add to my collection. I don't know how much you will see her with my other Barbies, as this doll looks pretty swanky as is, and I don't want to mess with her hair style. She'll probably be in a photo or two at some point, as well as the roses and mini Barbie. Speaking of which, my daughter just walked past my computer, looked at my monitor, and said "Is that a doll holding a doll?" with a little eye roll. But only a little one. She knows her mom's doll craziness, and as she pointed out, her dollhouse when she was little, had a mini dollhouse. :)
Posted by Barb the Evil Genius at 10:13 PM 12 comments:

Boy, November really got away from me. I've been trying to get my Vitamin D intake and light box use at the right balance, and there were just too many days where I wasn't up to doing as much as I did during the summer. The BTEG family has also been busy with other things, including making six homemade pumpkin pies for Thanksgiving, but I'll talk about that after the doll stuff.

In the comments of my previous post, Rachael asked if the green stand would work with other dolls. I promised her I'd check the stand with one of my Cu-Poche dolls and let her know. I didn't think it would take so long, Rachael!

Looking at the two stands, you wouldn't think a doll could use both, would you? However, note that both stands have a round peg at the end, and that they are close in size. 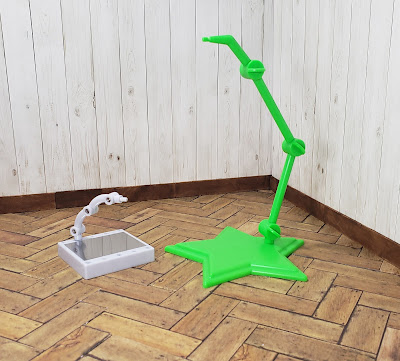 Yes, my Cinderella Cu-Poche can actually use the green stand! Now, the green peg is very close to being bigger than the hole in the Cu-Poche back, so it's not a perfect fit, and thus the doll can fall off the green peg very easily. Then again, I haven't done a lot of photography with the white stand yet, so maybe Cu-Poche dolls don't stay on those that well, either. 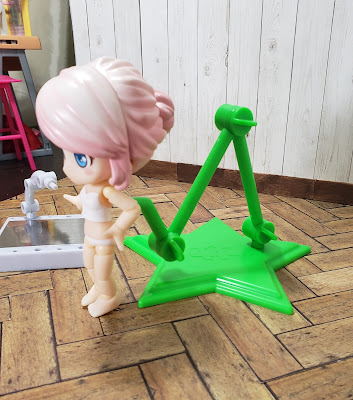 Since the green stand does work with Cinderella, you know what I had to do. 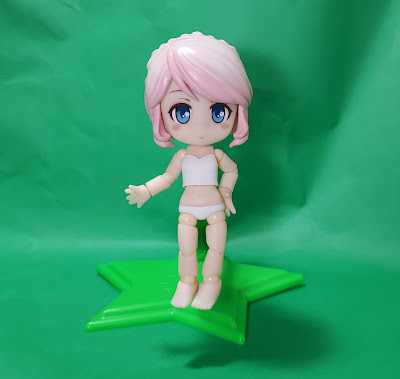 I green-screened her onto a beach on my beloved Lake Erie, from a picture I took a few years back. 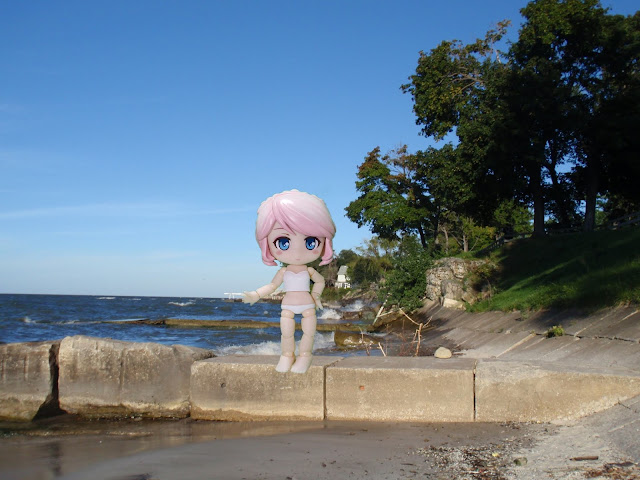 Here's some other examples of green screens I have done. These two are from last Christmas. 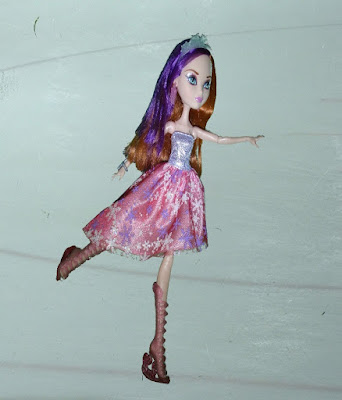 I put Poppy skating into this picture of me taken on the ice many years ago. 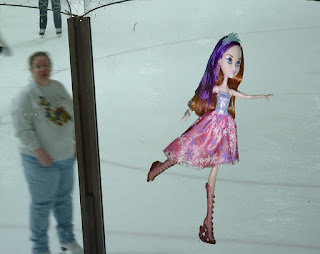 And here are Madeline and one of her friends driving down a snowy road. 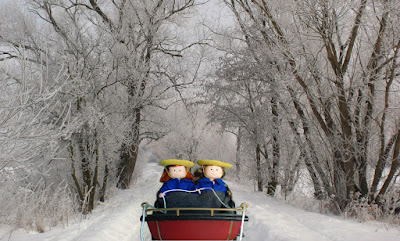 Lastly, here's a picture from the first chapter of my storyline, which I really need to get back to. I had to dress Hunter in clothes other than his customary green top, which would have disappeared right along with their green background. I do have blue screen capabilities too, but not a nice blue backdrop, at the moment. 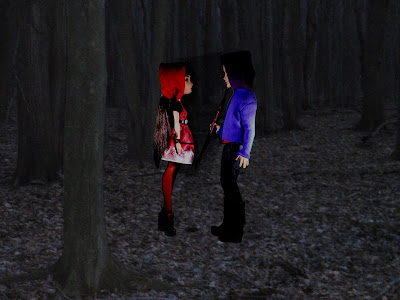 Also in the comments, Dana asked if the #SNAPSTAR body could be used with a Petite Fashionista. Unfortunately, the answer is no. Dawn is very much shorter than the Petite Fashionista and the Skipper body, which I threw in for further comparison. 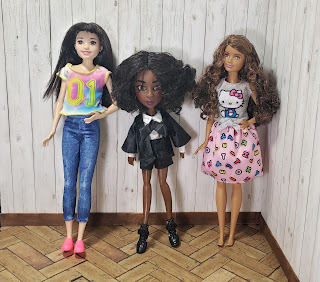 If you'd like to hear about the BTEG family Thanksgiving, continue below the fold.