I decided I wanted to buy American Girl Kirsten too, as well as American Girl Felicity. Unlike Felicity, Kirsten was available now, and so she has already come home. There isn't too much to say about American Girls that everyone doesn't know already. The 35th anniversary re-releases have ties at the back of their neck like the older dolls. I guess new dolls don't have these? If I remember right, the ties are to allow for getting inside the doll's body and adjusting her stuffing. The 35th anniversary dolls come with their accessories automatically (at a higher price,) which the original dolls didn't do. Each 35th anniversary doll also comes with a paperback version of her "meet" book. Original Pleasant Company historical dolls came with a hardcover version, but I'm grateful that the paperback is an exact copy of the original books.

Kirsten is the daughter of a Swedish family that immigrates to Minnesota for better farming opportunities. Her year is 1854. Kirsten's accessories are her sunbonnet, an amber heart necklace that was a going-away gift from her grandmother, and what Pleasant Company called a "spoon sack," holding a handkerchief and a wooden spoon. Pleasant Company wrote that since Swedish pioneers didn't have whole sets of eating utensils, people would bring their own forks, spoons and knives when they went visiting. Pockets worn at the waist, like Kirsten's, were common in Sweden, and other parts of Europe. In Sweden, Kirsten's pocket would have been known as a kjolsäck. Extant examples from Sweden are far more detailed, but some do include the year made, and the initials of the maker. 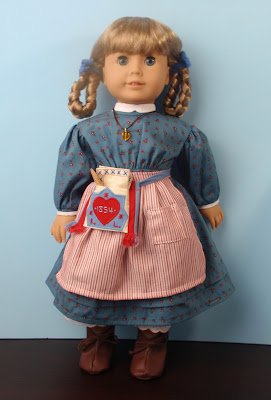 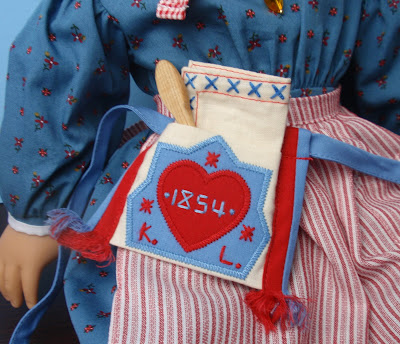 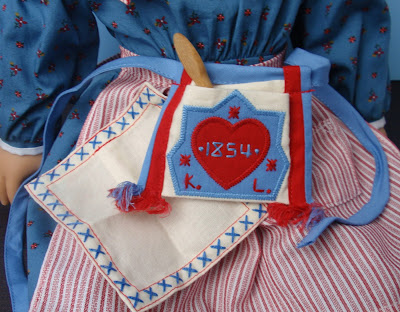 As soon as I got back from vacation, I was on jury duty. In the US, if you are a registered voter, you can be ordered to be available for a two-week period to be able to serve on a jury trial. In this instance, I was called to serve on a jury, and although the case only took six days or so, they were spread out over three weeks, for various reasons that normally would not happen. It messed up my sleep schedule and life schedule, and being bipolar, trying to keep a very routine schedule is important to my overall health. Therefore, my doll blogging and a lot of other things went to the wayside temporarily. Fortunately, each twelve member jury has a thirteenth member as an alternate. This particular judge doesn't choose the alternate until after closing arguments and jury instruction, and I was chosen as the alternate, so I got to leave early on the next to last day, and didn't have to come in the next morning for deliberation. (The alternate choice was completely random.)

Mr. BTEG and I took a vacation last week, to help relieve our depression and stress. We stayed at a cottage at Geneva-on-the-Lake, the oldest lakeshore resort in Ohio. There were six cottages in our little cluster, built in the 1930s. This is what ours looked like. 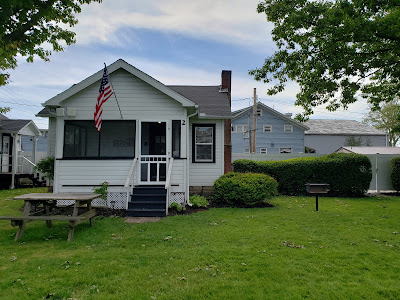 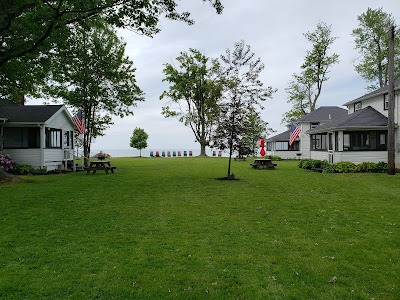 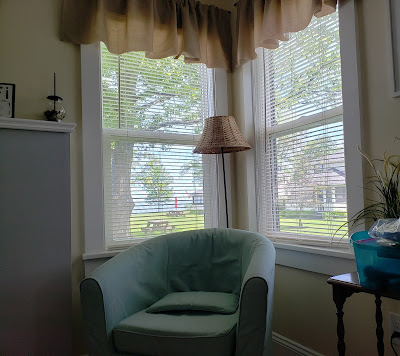 I wanted to get some pictures of some of my dolls soaking up sun by the lake. I chose to take Teresa and a BMR 1959 doll whom I've named Connor. 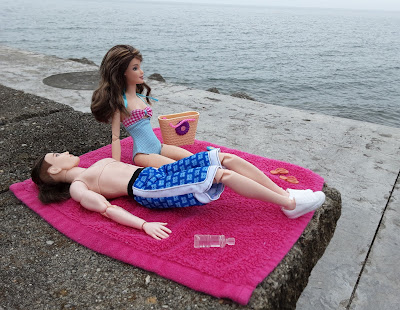 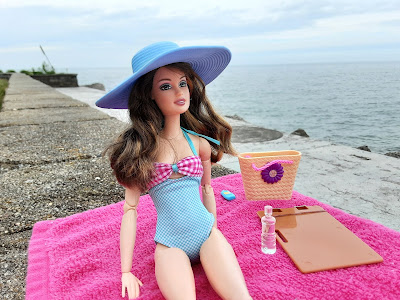 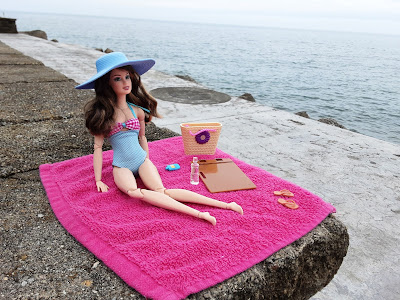 It was nice to get out of the house, and get away from everything for a while. I feel renewed, and I'm planning what doll things I'm going to do next.