Rabbits are one of the symbols of new life that Easter holds. Mashka is enjoying playing with this mama bunny and her two babies. I hope fellow celebrants of Easter had a good one! 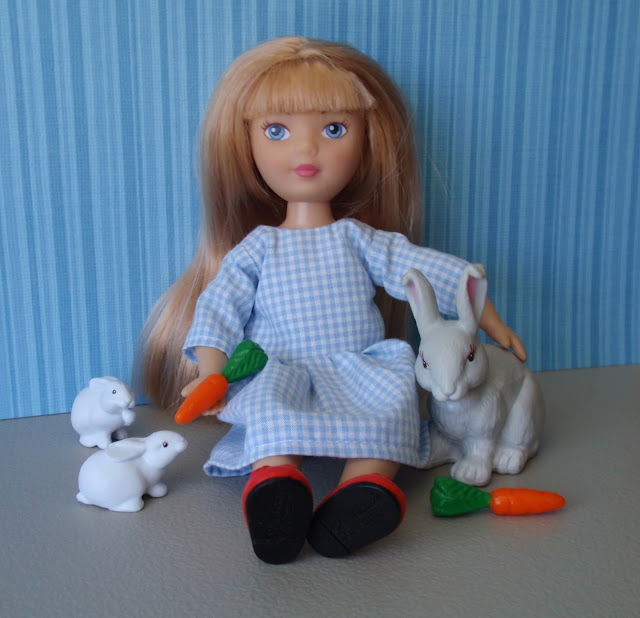 I spent a good bit of the early part of this year cleaning and organizing my doll/sewing area. While I'm thankful for the space I have, the number of dolls, and the amount of fabric, trims, etc. that I have make my storage space quite tight. I'm still working on that, but I had a strong urge to get back to sewing, too, so I'd like to show you a couple of things that I've made recently.

Melanie is wearing a purple gingham dress of homespun type fabric. I think the fabric really suits her. It looks a lot like something you might see a Momoko doll wearing. The next time I make the dress, I would like to get the bottom ruffle to hang better. 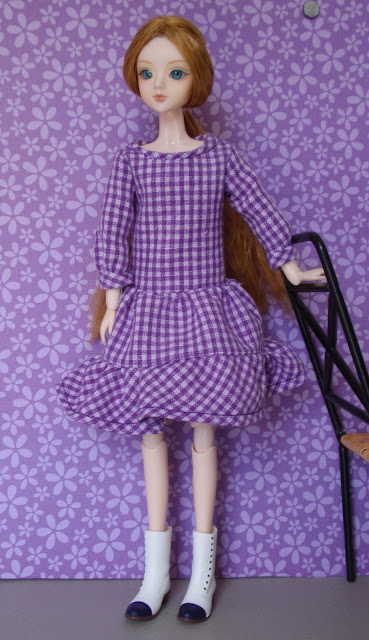 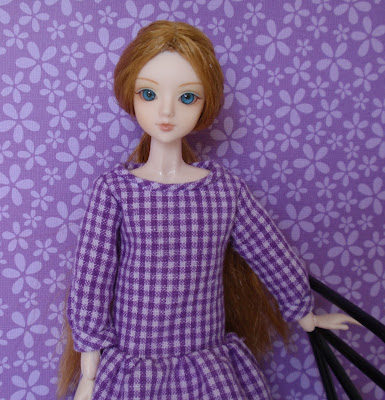 Curvy Barbie models a pink gingham dress. I guess I have a thing for gingham! I'd like to get a few more dresses like this sewn up this weekend and in my Etsy store next week. There isn't much for the Curvy Barbie to wear out there. 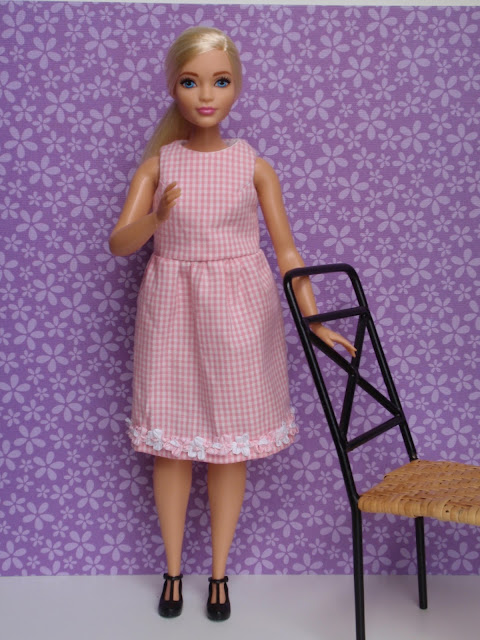 It's so satisfying to complete a project successfully!

New pictures below the fold.

This time around Farrah Lily from Cozy Comforts and Dolls nominated me for the Liebster Award. It's a chance to get to know bloggers with under a 1,000 followers, and also find about new blogs. 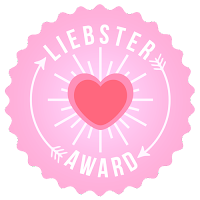 1. Who is your favorite cartoon character?
Snoopy! Back in my day, it was always An Event when the seasonal Peanuts special appeared on television (get off my lawn.) I always loved to watch them, and I still have some of that great jazz music on my playlist. And Snoopy is my favorite. I love when he and Woodstock sit down to eat Thanksgiving dinner after Charlie Brown and his friends have left for Charlie Brown's grandmother's house. I love when (in his imagination) he dances with the bunnies in the Easter special.
2. What's your favorite flower (or plant if you're not a flower person)?
The pansy. I love all the different colors and color combinations that a pansy can have. It's why I named my Etsy store Sweet Purple Pansies. 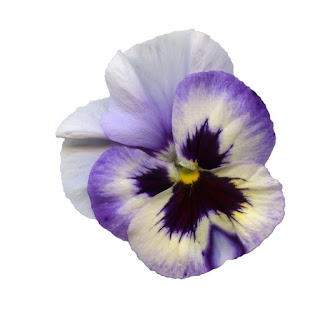 3. What's the weirdest thing you've ever eaten?
In Mr. BTEG's Italian family, Christmas Eve dinner consists of seafood. The first Christmas eve dinner I ate with Mr. BTEG's family, was at his grandmother's house. Among other things being served was calamari. But not just any calamari. It wasn't breaded or anything. It looked like the squid had been boiled and set right out on the plate (they still had their eyes!) Desperate to make a good impression with my possible future in-laws, I tried some. Meh. But it was better than trying the eel.

4. What was the last movie you saw (in home or in theaters)?
Um. Wow. I'm not big on movies. Probably the Hunger Games, a couple of years ago, when it was on Netflix, and my daughter and husband were watching it. Or maybe Cabin in the Woods, when we still had cable.

5. If you could visit any country in the world, where would you go?
Romania, but specifically Siebenbürgen, Transylvania. I'd love to see where my grandfather's parents came from.

6. How did you meet your best friend?
My husband is my best friend, and we met at college in the late 80s. Neither of us can clearly remember the first time we met, though. I guess we didn't think it was momentous as it turned about to be. :)

7. What is your dream job?
A doll clothing designer, of course! (First two patterns created by me.)
8. If you could make a custom doll based on any character or real person, who would you make?
Loki from the Marvel movies. Yes, the character has already been made, but I'm not happy with how any of the faces turned out. If I could create a custom doll, I'd have the face sculpt made to my satisfaction.

9. What's your favorite season?
Autumn. The days are not as hot as summer, but still comfortably warm. The leaves on the trees become vibrant colors. Football season is starting. Major League Baseball is making the run towards the playoffs. Halloween takes place in autumn; it's not my favorite holiday, but it's fun.
10. If you could talk to/understand one species of animal, which would you choose?
Cats. Although I would also like to go back in the past and talk to some of the pet cats we've had over the years who have crossed the Rainbow Bridge.
11. If you could instantly learn any language, which would you choose?
It might be fun to learn an Asian language, so I could go to a doll website like this one, and be able to understand it! But I like Japanese and Chinese dolls, and Atelier 613 appears to be in Korean? So I'd go with German. I learned it long ago, but I've forgotten so much of it from lack of use.

So here are my questions:
1. If you could have one doll outfit made in life-size for you, which one would it be?
2. If you could make a custom doll based on any character or real person, who would you make?
3. Inset eyes. Yes or no?
4. Do any of your dolls have personalities based on people in real life?
5. Do you have any dolls that you would like to be friends with in real life based on their personalities (whether created by the manufacturer or you?)
6. Is there a skill or ability you would like to instantly learn?
7. Do you have a travel doll that you take with you when you're out?
8. Some people write stories using their dolls as character inspirations, or draw pictures of their dolls. Do you do anything like that?
9. Do you like to treat your dolls as canvases for face-painting, new wigs, etc., or do you keep your dolls the way they came?
10. Who was the first doll blogger you followed?
11. What book or movie or television show would you like to see get its own doll line?

Now the hard part, nominations. I'm going to choose: Hannah, Natalia, Smaller Places, Presto, and Lisa. No pressure, guys. Only do this if you want to.

After looking at several people's shots of the Madame Alexander booth at Toy Fair, I didn't see any of the 7" size dolls like the Travel Friends, and so I thought the line was over. But the Princess line that I saw last year has actually been produced for this year, it would seem. The face mold looks different from the Travel Friends in the promo website pics, except for the Starry Princess, who really looks a lot like the Italy doll, except with a new eye color and a princess outfit. I might pick up a couple; I might not. I'm glad I was wrong about these, anyway.
Posted by Barb the Evil Genius at 9:41 PM 6 comments: