Meanwhile, at the Grocery Store, I Saw...

a dollhouse! I guess it's not strictly a dollhouse. It is an attention-getter for a wine brand named Chateau Ste. Michelle, which is celebrating its 50th anniversary. So this charming Chateau was created to highlight the display. Those are average size wine bottles on either side, so you can get an idea of the house size. The doors probably don't open, and there probably aren't even floors on the inside, but wow, did I want to take that thing down and check it out. I have no room for it; I'm not even sure which dolls would suit it, but I want it! :) 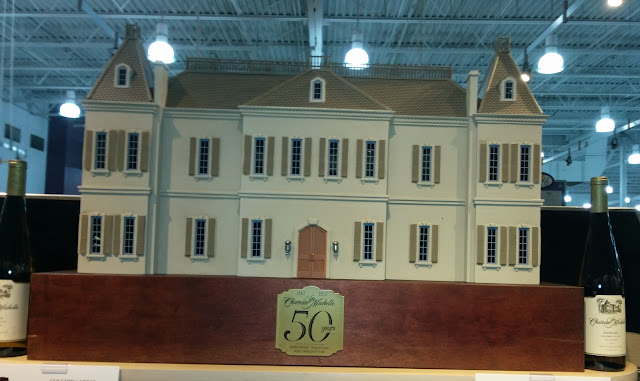 P.S. I'm working hard to get the first chapter in my storyline up by Friday!

Update: No luck on the house. The woman in the wine department said it was "made perfectly clear" to them that the house had to go back to the winemaker after the promotion, and that this house was one of only two in the state of Ohio. Yikes! Well, at least I'll never wonder what could have been. :)
Posted by Barb the Evil Genius at 4:44 PM 13 comments:

Don't tell Cissy, but I thought this doll was a lot older than she actually is! Turns out Hollywood Cissy is only from 1999/2000. I bought this doll second-hand, and there is not a lot of information on the internet about her anymore. I have her original box, and probably her certificate of origin, but that box is buried under some other stuff, and I didn't consider it worth digging out.

Madame Alexander originally produced Cissy dolls in the mid-to-late 1950s. At that time Cissy had a resemblance, in my eyes, to the Miss Revlon or Toni dolls. She was the same height as now, 20-21", with a lady doll figure, and high-heeled feet.

Cissy came back with a makeover and a vengeance in the late 1990s. She was an extreme diva, and her most fervent collectors called themselves "Cissy Swine," as Cissy was a demanding dolly and always needed another outfit or more jewelry. Cissy is still produced, but the changes have turned off many diehard collectors. For one thing, the price has doubled or tripled; Cissy now is around $1000 at retail. New Cissy has bending elbows, but word is the vinyl is not as high quality as the earlier dolls. She also has a different face mold, that can appear "mean" or unhappy. As so often happen with doll lines, Madame Alexander changed the Cissy doll and got rid of lot of the things that drew in previous collectors. Whether this is a good thing or not depends on doll sales in the end, and I don't have those numbers. One more note, Hollywood Cissy also came with an African-American skintone, and black hair in the same style as my doll.

It's amazing what taking photographs can do for your appreciation of a doll. Cissy is on a shelf in my bedroom, so I see her every day, but when I put her in front of the camera, she really came to life. 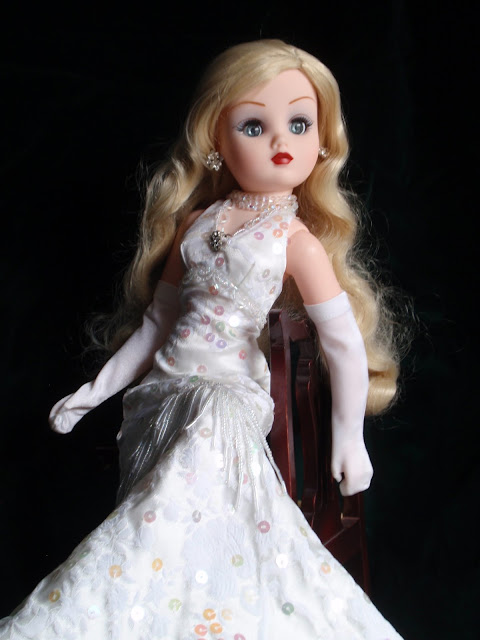 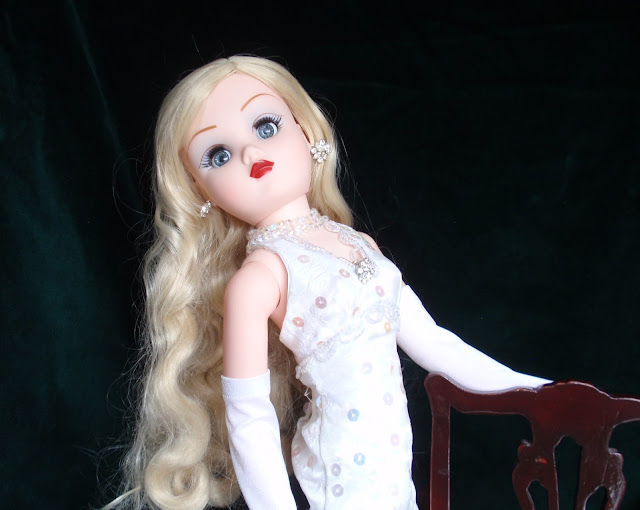 She came wearing everything that you see in the pictures, and more that you will see below the fold. I think her wig is mohair, judging by the texture. Her eyes are sleep eyes. She has movement at her head, arms at the shoulder, waist, hips and knees, and can strike some nice poses, as you can see above.

Where Does the Time Go?

I'm working on my storyline, but in the meantime, I haven't been very good at coming up with posts lately. I'm frustrated with the projects that I've been working on, I haven't bought any new dolls besides Ever After High, stupid real life keeps getting in the way.

Speaking of projects that I'm not finishing, I picked up some cheap watercolor pencils at Michael's yesterday. 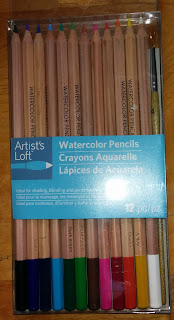 I've had a few plans in the back of my mind for some time for trying out watercolor pencils. I decided cheap pencils were a fine way to start, and if I'm not happy with the results, I can always try moving up to a better quality pencil. Preferably when I have a 40% off coupon at Michael's.

One of the things I want to do is improve Meg's face. She could use darker eyebrows, more color in her lips, maybe even some eyeliner like her design picture shows. 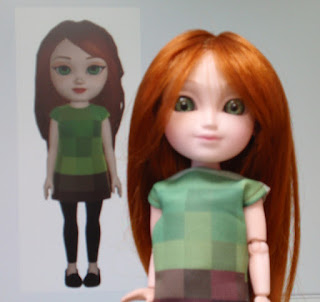 I have had a few ideas for posts, but I'm not sure if there is a lot of interest in what I wanted to post about. One of the posts I wanted to make was about the new LORI pony for the 6" dolls, and compare it to Lottie's pony. I also wanted to do a post about one of my older Cissy dolls; I thought perhaps people might be interested in seeing a doll you don't see much of anymore. I'm going to put a poll up and find out if there is any interest, and go from there. In the meantime, I'll be hard at work on my doll projects (hopefully!)