Lots of New Stuff at TRU, Including Made to Move Barbie with Fashions!

I had to drop off my daughter off near my local TRU today, which meant, of course, that I had to stop in to TRU. I was totally stoked when I saw that there was a new Made to Move Barbie, wearing a dress and with other clothes and shoes! I'm going to save her picture for last, though, and start with Monster High. I'm not into the line, but I know that some of you are.

Are these fashion packs new? I don't remember seeing them in stores, but that doesn't mean they're new. If they are, dare I hope for EAH fashion packs? At $4.99, I'd probably buy every different one.

This is the first time that I've seen Welcome to Monster High Draculaura and Frankie. I think they're cute, and they're still articulated. Not a lot of accessories though, besides the photo booth masks. 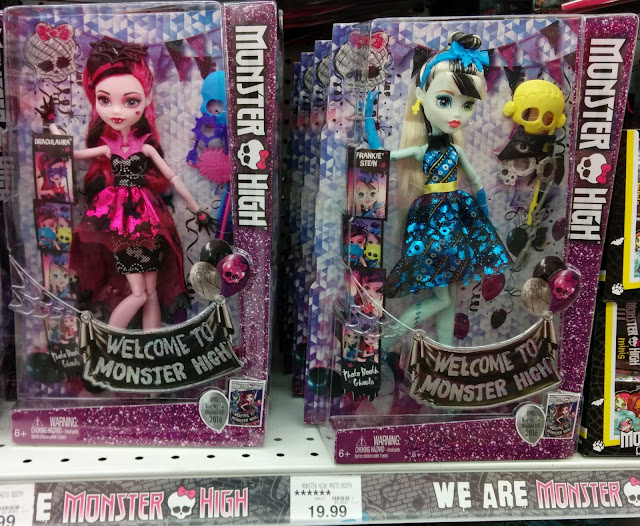 It seems like Mattel is going for packs of items with Barbie. I suppose they're doing it with Christmas gifts in mind. There are two large fashion packs. 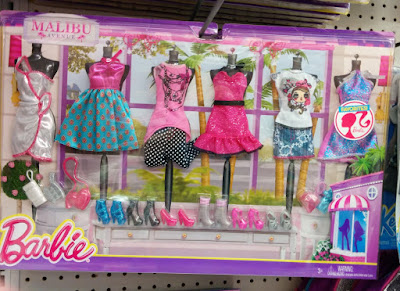 There's also a 5-pack of Fashionista dolls, most of which have already come and gone in stores. This might be a fun pack for a girl, if you didn't have any of the dolls already. 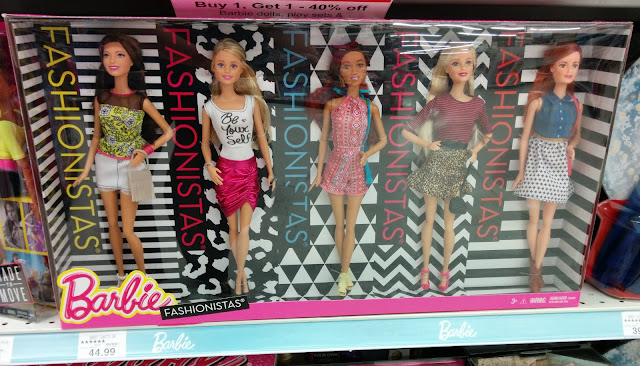 I also saw two dolls with extra fashions/accessories, in what seems to be a new line, Malibu Avenue. The smaller fashion pack above is also Malibu Avenue. Is it too much to hope for some packs with a single outfit and pair of shoes, like Fashion Avenue? I mean, if I had a nearby doll friend, I might be able to split out one of these large packs with her, but I don't like enough of what's in each pack, to buy it just for myself. Same goes for the dolls below. 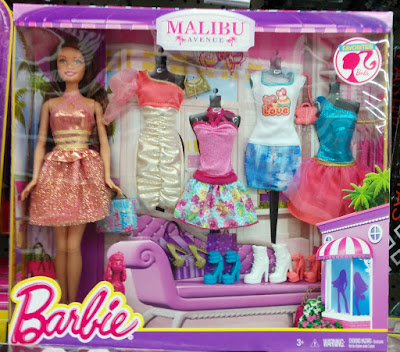 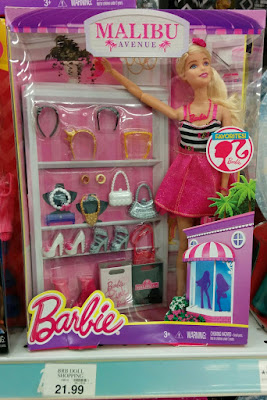 Of course, some of this stuff might find its way to somewhere like a Tuesday Morning eventually. I bought a set much like Malibu Barbie above, recently. Here's a couple of pictures of her. As you can see, I wasn't getting good photos through the plastic, so I gave up on it. 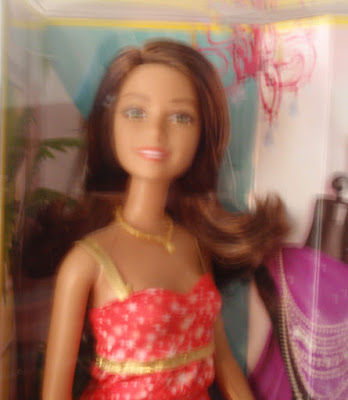 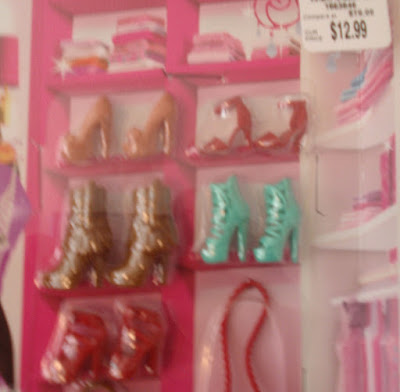 And finally, the new Made to Move Barbie! She wears a dress and this outfit comes with a microphone. She also has a scientist's white coat over a simple dress, and a soccer uniform. There is also a toy microscope, and a soccer ball. I was disappointed that only Barbie was on the shelf, but judging from the pictures on the box, I'm hoping at least the other three out of the first four MtM Barbies will come out in this type of set. I'm looking forward to seeing what type of clothes will come with the other dolls. 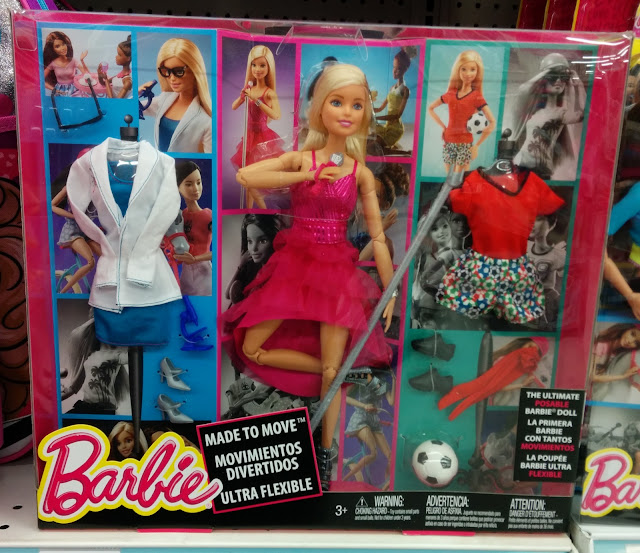 Will any of these items be on your Christmas list?
Posted by Barb the Evil Genius at 7:38 PM 8 comments:

When I sew doll clothes, I find that occasionally I have to trace something, usually markings for darts. Holding the pattern and material up to the window technically works, but my hands usually slip at some point, so the markings don't end up perfectly accurate.

Being a girl on a budget, for the longest time I used this toy Barbie light box to do tracing. 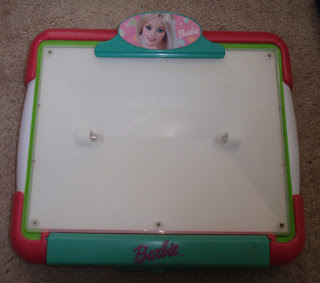 The light it gave off wasn't as bright as I might have liked, but considering that I bought it second hand off of eBay, the price was much better than a more professional style. However, this Barbie light box finally stopped working correctly. I needed a new light box, but I'm still on a budget. I decided to poke around Amazon just to see what kind of prices I was looking at, and quickly managed to find a light box that is inexpensive, and meets my needs. Funnily enough, it's made by Darice, which is a company I just discussed in my last post. Its specialty is inexpensive crafting items, and my new light "box" fits that description! It's a sculpted piece of plastic, with a light bulb underneath, and an electrical cord to power it. It does get hot; the instructions recommend you only leave it on for two hours at a time at most. The instructions also say that you should use the light box on a heat-resistant surface. I'm using an old wooden cutting board that Mr. BTEG and the Dancer have already used for painting role playing miniatures. 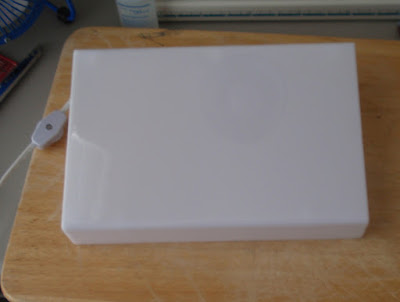 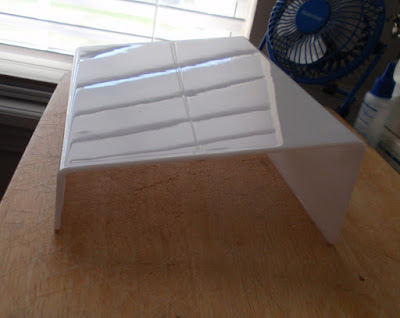 For less than $9 (we have Amazon Prime), it's a great solution, considering I'm not doing artist quality tracing here, and don't need a $40 or more light box. Crayola also currently has a tracing light box for children's art projects, but it didn't suit my simple needs enough to make it worth slightly over twice the price. 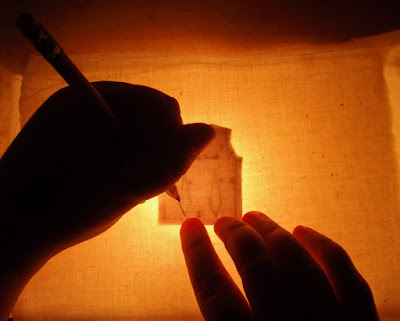 So have I been sewing? Actually, yes! I think I'll have an outfit to share with you soon. I also have a backlog of things I would like to post, but now that I'm over the worst of the nasty cold that I had, I'm hoping I can get back to my 4 posts a month goal. For those in the Northern Hemisphere, are you planning crafting projects for the colder weather to come?
Posted by Barb the Evil Genius at 11:13 PM 10 comments: