Long time no see! I've been putting a lot of my doll time into projects that haven't gone very well, so right now, I have nothing to show for them. :(  Instead, let's move on to more of my doll collection. This time, we're starting to delve into the many Barbie (and friends) dolls that I own. There have been so many Barbie dolls with different looks produced over her long career, that one can acquire many dolls and have them each look rather individual, so it's easy to have a big collection! These Barbies are part of a group that I bought from Rachael; this is also a way for me to remember which dolls were part of the bunch that I purchased from her, before they go into my larger collection. Please excuse all the static hair!

Several of the dolls that I got were originally dressed dolls from the Fashion Fever line. I haven't given all these girls names yet, so I'm going to mostly go by face mold. Here we have Lara and Teresa, and the blond girl at the end, I'm going to call Summer. 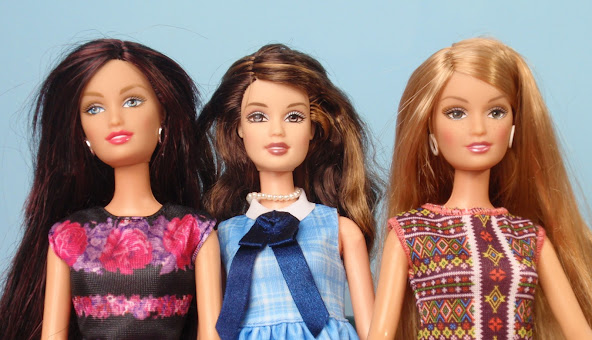 Lara's mold was first used for a Generation Girl, as Ana. This doll has a slightly sexy air about her, for as sexy as Barbie gets. :) 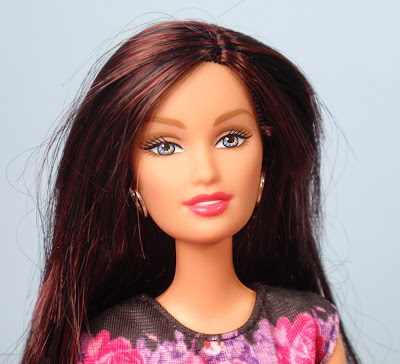 Teresa's mold is a classic, one that I love and have in many different variations. I can never bring myself to sell off any of them. This Teresa has lighter skin than many, and I love her eyeshadow. 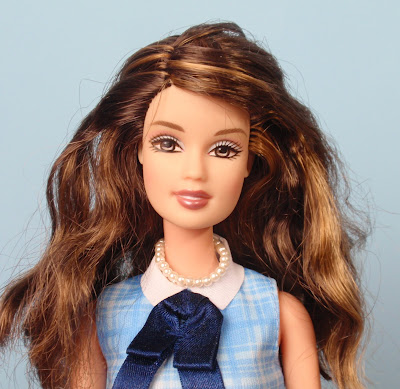 Summer's look reminds me of several blond dolls released with the name Summer in the Barbie line, but going by the marks on the back of her head, she uses the Generation Girl Barbie mold. 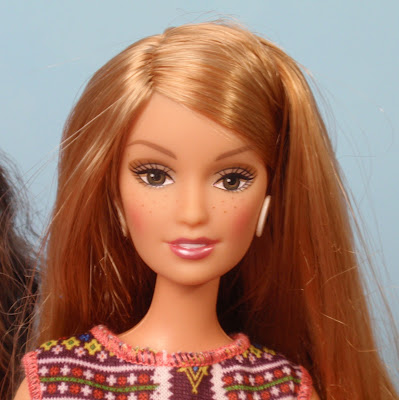 Next, we have Kira, Gillian and Lea. 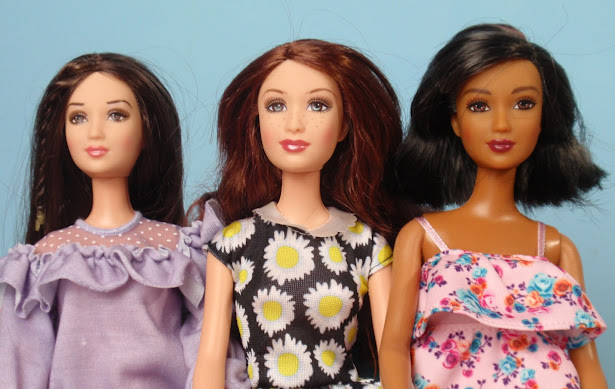 Kira actually uses the Kayla/Lea mold as far as I can tell, the same as the doll at the other end, so you can see how many looks an individual mold can use. Her mouth was painted on a bit crooked, but just gives her an open, quirky look in my opinion. 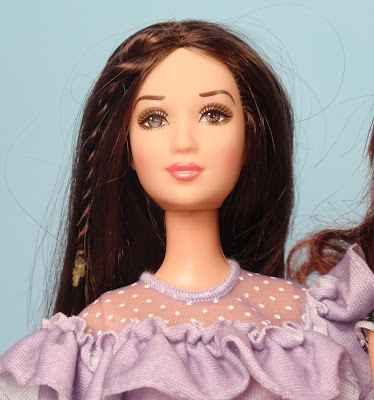 Gillian in the middle has the Goddess face mold, going by the marks on the back of her head. Unlike many other dolls with that face, Gillian looks very girl-next-door. 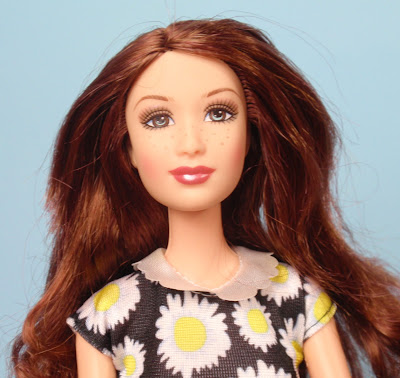 And lastly, we have another Kayla/Lea face. Her hair is a bit "fluffy" right now, since I washed the gel out of it. Actually, all of these dolls got their hair rinsed with some conditioner, and it's amazing how soft their hair is now. 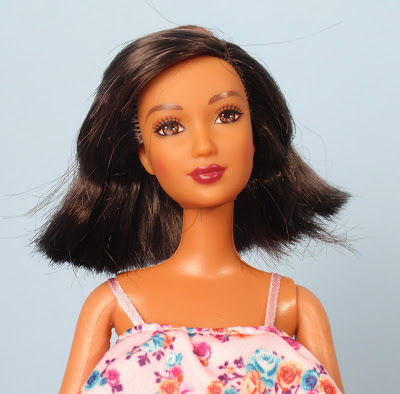 I'm thankful to Katti for her website, Faces in the World of Pink. She took the time to compile a lot of information about the different Barbie sculpts Mattel has used over the decades, including her friends, and other sized dolls like Francie, Jazzie, Stacie, Kelly, Tutti, and males in Barbie's world like Ken, Allan and Blaine. Her website is a bit behind the times now, but for older dolls, it's an invaluable resource.

Next up should be some more dolls from Rachael, or a craft project if I successfully get one done. Anyone else got any doll projects in progress? Today Mr. BTEG and I checked out the new Hobby Lobby store, and I have so many ideas and plans now. It was a glorious day, sunny and with a high of 44F/7C. It's been so cold for the past while that it actually felt kind of warm out there, and I am looking forward to spring!