Kenmore vs My Modern Kitchen

This post is mostly going to be about the Kenmore kitchen set, but I wanted to add some comparison photos with the My Modern Kitchen, since that is a very popular 1/6 kitchen for collector dioramas. Kenmore is a brand name for appliances, which belongs to the department store Sears. The Kenmore kitchen isn't sold anymore, so it is very high-priced on eBay, for the most part. I bought this set for an incredible deal, even out of box, so I consider myself lucky to have it. You will sometimes see this as the Mammoth kitchen on eBay, since it was made by Mammoth Toys. Summer is our model for today's shoot. 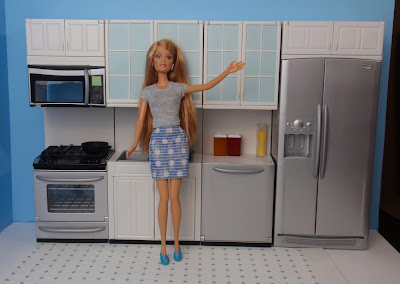 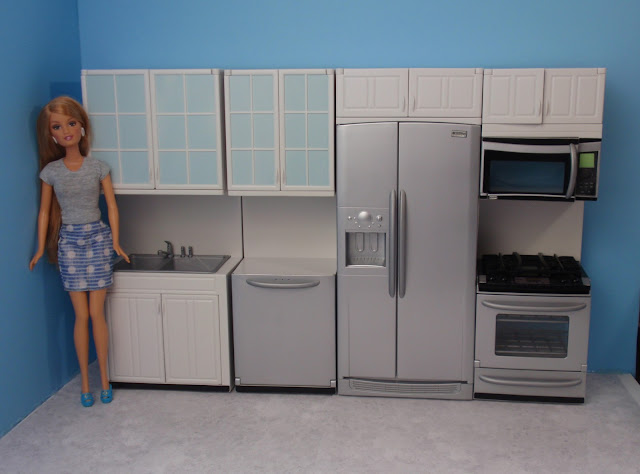 Even the Kenmore kitchen is a bit short for Barbie, compared to a human-sized kitchen to a human. Many collectors put their kitchen pieces up on blocks. 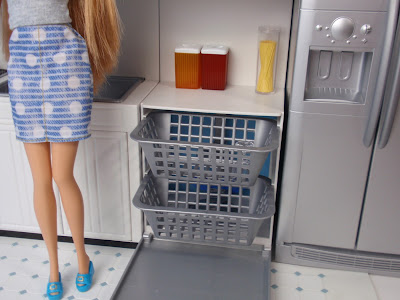 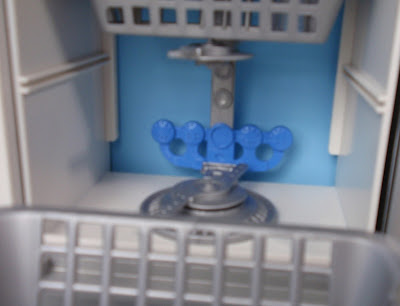 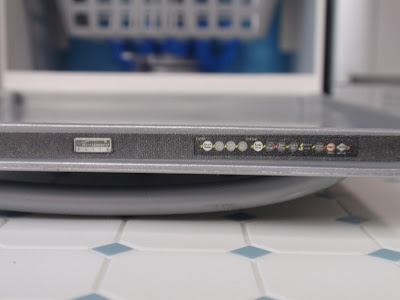 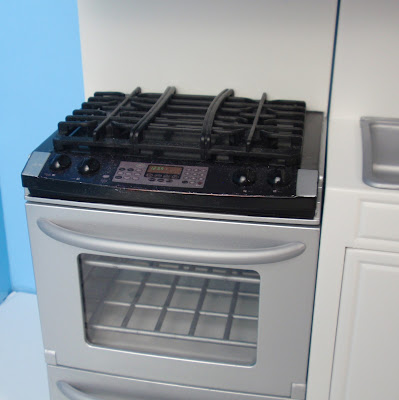 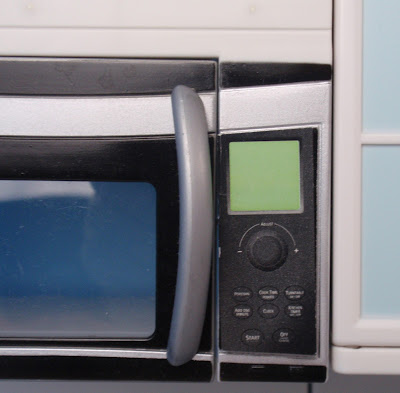 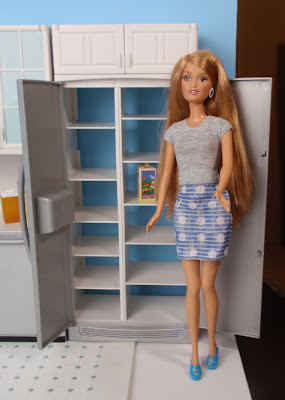 The Kenmore kitchen has some pretty realistic features. I guess those dark blue circles at the back of the dishwasher are supposed to be sprayers of some kind? Our home dishwasher only has the sprayers underneath each "basket," that spin. The sticker with the controls for the stove was a little bit white at the front edge from peeling, so I fixed that with a black marker. Oddly enough, the dishwasher we just bought last year, looks a lot like the Kenmore dishwasher, from the outside. 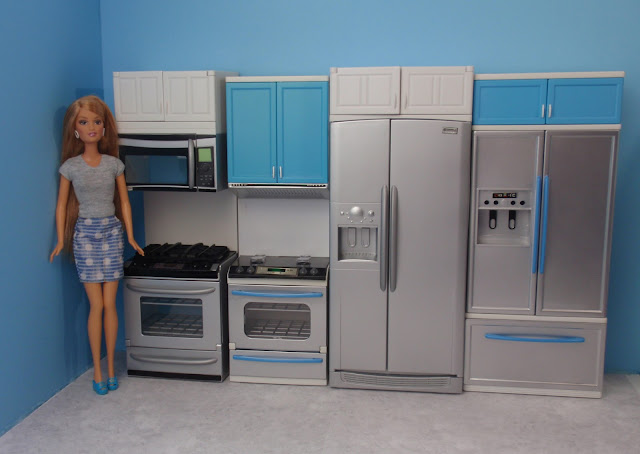 As you can see, the Kenmore kitchen is taller and sticks out a bit more.  It also looks more realistic. Both kitchens were made as children's toys, but I guess Sears didn't want their own appliances looking cheap, even as toys. The microwave over the stove is more realistic to modern American kitchens, where the microwave also has a steam exhaust fan. The blue tile over the dishwasher and sink below were added by me. I was going to peel them off here, like I did for the stove, but they had stickers underneath that I thought would be more distracting. Plus, the tiles over the sink are currently helping hold the towel bar up. It screws on from the back, but somehow the towel bar came loose. 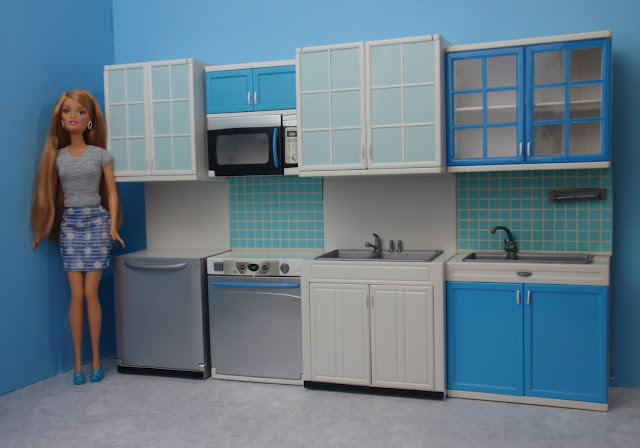 Neither refrigerator is much to look at on the inside. I pulled out and threw away all the cardboard from the back of the Kenmore pieces, because I washed all of them first, since I got them out of box. This is why the backs of those match the kitchen wall. 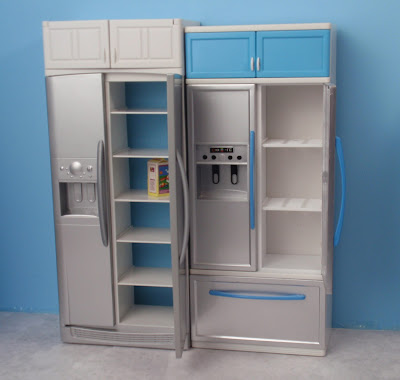 Speaking of kitchen walls, this is the first "permanent" room that I have made. I crafted it out of foamcore; the blue walls came in that color. You can see at the base that I wasn't really as neat with the hot glue as I wanted to be. I should be able to cover that with baseboard. I also followed a tip from someone on YouTube, and put sewing pins into the foamcore at the base and the corner on the back, at intervals, to help hold this together. Permanent rooms take up a lot of space, but I want to make the Kenmore kitchen, at least, look more like it has solid walls behind it, instead of four individual plastic units. That will require a long piece of tile to visually join at least two, or all three of the pieces, instead of individual cuts, like I did with the My Modern Kitchen. If I'm joining these pieces together, they should be somewhere they won't get moved around, which means a permanent room. I can also create a corner counter, so the Kenmore stuff doesn't just have to stand there all in a row, and they should all be raised a bit. I might paint the Kenmore cupboards? I've also seen somone separate the cupboards from the tops of the My Modern Kitchen set, and set them further back in a wall, since real life cupboards don't come all the way forward over what's underneath. Modern American kitchen sinks don't usually have cupboards over the sink anyway, because of the humidity, and dishwashers don't always, either. But some of the latter changes would require a lot of work; for now I may just get the Kenmore kitchen a basic set-up, for diorama use.

Do you have a favorite doll room you like to use for pictures, even if it's not permanent?

Posted by Barb the Evil Genius at 3:36 PM