There aren't going to be any new pictures of these dolls. I bought them back in 2015, so even if you saw the posts when I reviewed the dolls, you've probably forgotten about them, and what they looked like. I reviewed them in great detail; unfortunately, there were a lot of flaws in the dolls, clothes, and box art. If you're interested, check out Germany and Ireland here, and Italy, Kenya and Russia here.

Here are the five dolls together. 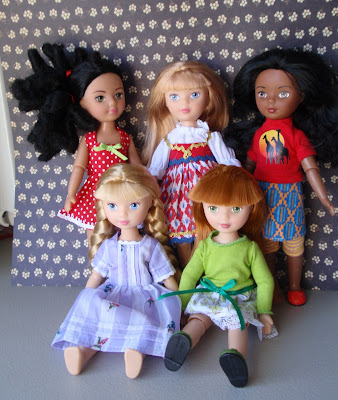 The Germany doll, who I named Gretel, is wearing mini AG Felicity's dress, because her own outfit is just horrible. The shirt was too short, and the lederhosen were too baggy, and the straps were too tight when I tried to sit Gretel down. Plus her shoes were huge on her, as opposed to the other dolls. I guess that's because she came wearing stockings, which none of the other dolls did.

The girls' clothes also had huge tags in them, that could stick out from the outfit. 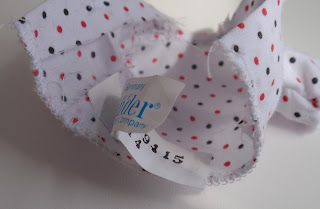 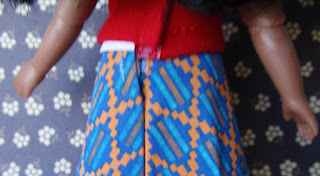 When I re-read my reviews, I didn't remember how much I had really savaged some of the aspects of these dolls. However, I only paid $10 or so for each doll, and overall they *are* cute. They kind of remind of dolls like the Kruselings, only about 2" or 5cm shorter. I think I like my dolls' overall look better, actually. It's just too bad that Madame Alexander, a doll manufacturer name associated with quality, produced dolls with so many issues. This type of doll, which they also tried to use for a princess line, and a NASCAR line (so odd!) didn't sell very well, and few doll styles made it to stores.

Posted by Barb the Evil Genius at 6:04 PM