BTS is a K-Pop (Korean Pop) group. K-Pop is kind of like One Direction, or New Kids on the Block, for us older folk. They're a group of attractive guys, or gals, in the case of K-Pop, who sing and perform dance moves. Like One Direction, members of the group are picked by the producer, but there are many K-Pop groups, who apparently change out members when necessary. BTS is an extremely popular K-Pop boy group, which has many rabid fans in the US, and I'm guessing world-wide, so Mattel decided to offer BTS dolls. There was a lot of controversy from fans when pictures of the dolls came out, but presumably they've made enough members of the fan base happy.

I've had these two for months, and gave up on posting pictures about them because they're no longer new and exciting. But Dana just posted a pic of the ones that she recently bought, and encouraged me to put up a post about mine. The two I have are apparently the group members named j-hope and RM. 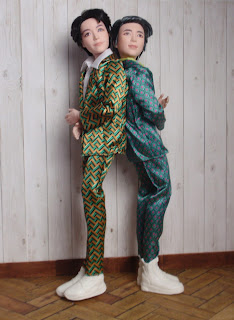 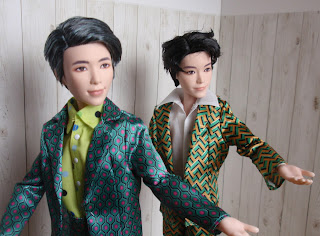 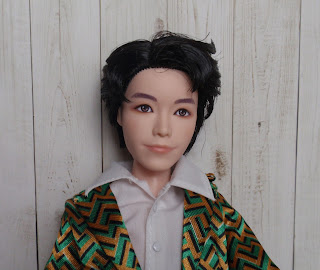 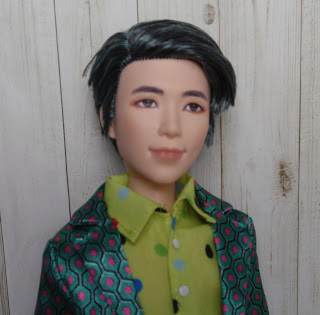 These dolls are supposed to be wearing specific outfits, so Mattel went more with what would make the dolls look good, than clothes that were made like human suits would normally be. The "shirt" has no sleeves; instead, the armscyes are sewn into the sleeves of the jacket. And the shirt doesn't come together in the back, either. Not usually optimal for doll clothes, but for making the suits look more realistic, it's not bad. I do like that the guys are wearing different styles of athletic shoe. 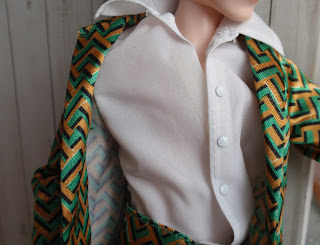 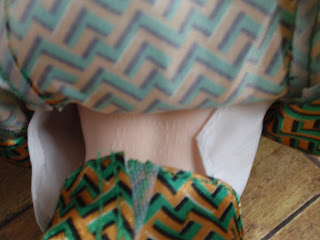 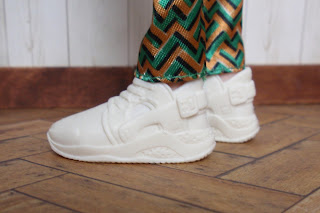 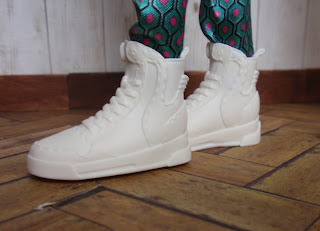 I mentioned to Dana that I wanted to give one of these bodies to another Asian male doll that I have, since these have articulation at the shoulders, elbows, wrists, hips, knees and ankles. RM was going to be the unlucky body donor, but now that I've dug these two back out, I'm thinking he may stay in my collection as is. I can always head the local Five Below, as Dana did, and see if I can find another one to be a body donor. If I do, here is the lucky guy who will get the new body. I dislike the fact that the cheap Fashionista dolls can't even bend their knees to sit down. 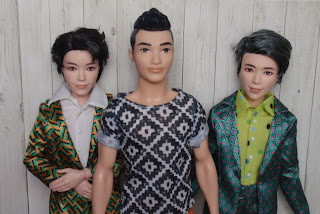 My apologies for some of these images being blurry. I'm having problems taking pictures with my shaky hands, and I need to get things in my craft area cleared out so I can use my tripod more easily. Since it's been so long since my last post, I decided to just do what I could this time.

While I was looking up the names of my two guys, I saw that Mattel is bringing out another wave of BTS dolls. This time, they're all wearing completely different outfits, presumably from another video or appearance that they made. I think some of the outfits look pretty sharp! That's really my interest in K-Pop, is the fashions.

Posted by Barb the Evil Genius at 7:51 PM