Meet Daniela Liv and Dawn #SNAPSTAR. In this picture, they don't seem to have much in common, other than inset eyes, and oversized heads. 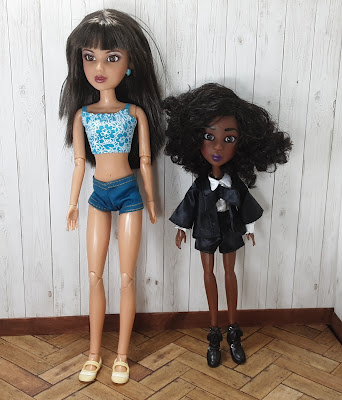 However, there is one thing that makes them stand out from most other doll lines, and resemble each other. This: 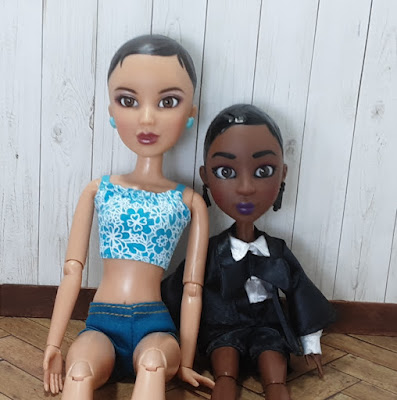 Yep, both of these lines have removable wigs, and both lines also have/had separate wigs available for purchase to change your doll's look. (I say have/had because the Liv line is long gone, although of course you can still purchase Liv items second hand, including those spare wigs.)

Not only do the dolls wear wigs, they both have holes in their noggins for a wig post. 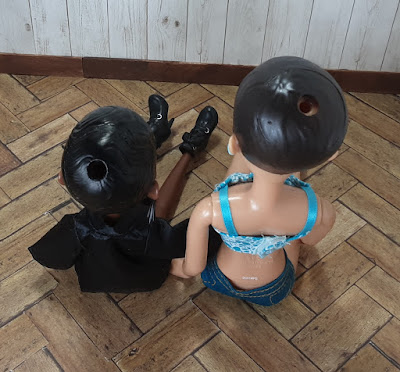 So of course, I had to know if the dolls could swap wigs. One thing I noticed during the wig sharing was that Dawn's wig cap is much harder, kind of like a hat. Liv wigs, at least in my experience, need to be almost peeled on or off. This is not easy either, as the wig cap, while not as hard as a plastic hat, is fairly stiff.

Here's Daniela wearing Dawn's wig. It really does change her look quite a bit, and although you can see some of her painted on hair in the front, it's not a bad look for her. 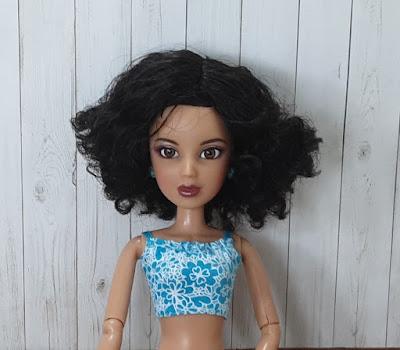 I could see her wearing one of the #SNAPSTAR wigs that had bangs or something, very easily.

While Daniela's wig did not fit Dawn quite as well, it doesn't appear completely out of place, and it changes her look too. 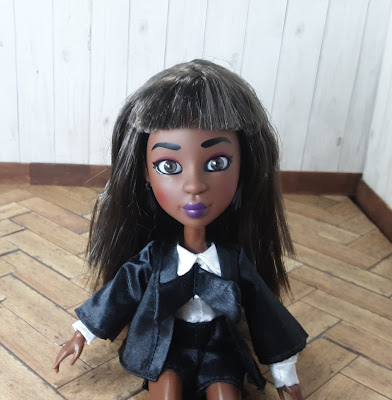 This wig is loose on Dawn, and the wig cap doesn't touch all of her head. It wouldn't be good for play, as it would fall off all of the time. But it doesn't look bad here, and I like being able to see more of Dawn's face than her wig shows.

Wigs aside, one look at Dawn and Daniela will tell you they can't share clothes or shoes. Liv can wear some Barbie clothes; I do know that. For this post, I wanted to look at the newer doll on the block. Naked doll with clothing and shoe images under the fold.

Dawn's body is mostly legs. She's got a tiny torso, although she's also got a healthy bust. 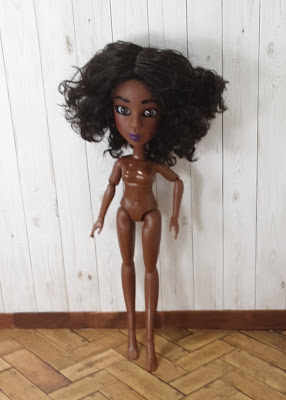 The only doll in my collection I thought was even close to Dawn's tiny size, is the J-Doll. And although Dawn's one-piece, made to look like a top and shorts, wouldn't fit over a J-Doll's hips, Adelheid is posing in Dawn's jacket. The sleeves are way too short, but it shows that their torsos are somewhat compatible in size. I taped the jacket shut, as Adelheid protested that the jacket-with-nothing-underneath look was not her style. 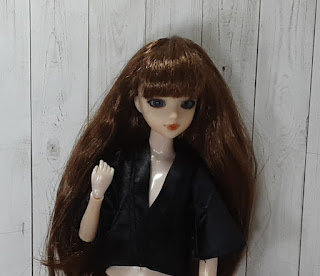 Their feet are also rather similar. Dawn's are slightly bigger, so only something slip-on might fit Dawn. I didn't try Dawn's boots on Adelheid because they're a *very* stiff plastic, and I value Adelheid's ankles. I also wonder why Dawn got articulated ankles, because they don't really move far enough so Dawn's feet are flat. Still, these two girls' feet sizes are surprisingly alike. 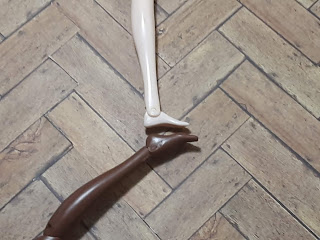 Lastly, I couldn't show a #SNAPSTAR doll here without playing around a little with the line's biggest marketing point, which is a cardboard green screen and a matching plastic green stand. These dolls are big on taking selfies and posting pictures online, hence the hashtag in the name, plus having a phone included. I imagine this whole thing will look as out of place to kids in the future as Barbie's enormous 90s computer and knock-off colorful iMac computers seem today.

Anway, here's Dawn in her stand, with the green screen. Dawn has a hole in her back to connect her to her stand, which telescopes. It's rather like the stands for the Cu-Poche dolls in that way. 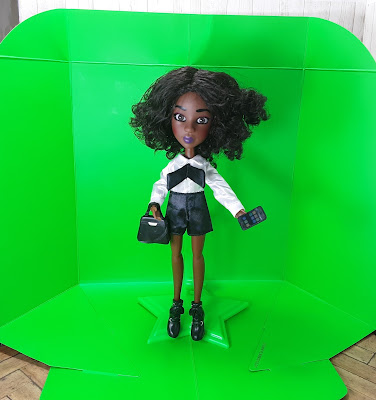 I can't remember if you upload the pictures you take of your doll onto the #SNAPSTAR website, or use an app on your own phone. Either way, the company offers its own backgrounds to pose your doll in front of. I just went ahead and used my own photo editor to put Dawn in front of a brick wall, and in a dark forest. 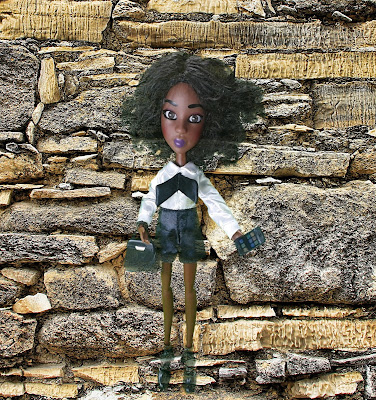 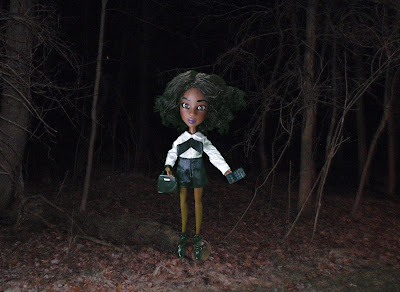 I was worried about Dawn's shadow being so clear in the green screen photo, but as it turns out, it's Dawn's feet and accessories that don't show up completely solid, as well as Dawn looking a little green around the edges of her hair. I need to work more on green screen techniques. Anyway, I've been able to sate my curiosity, and I hope you found the comparisons and green screen interesting too.